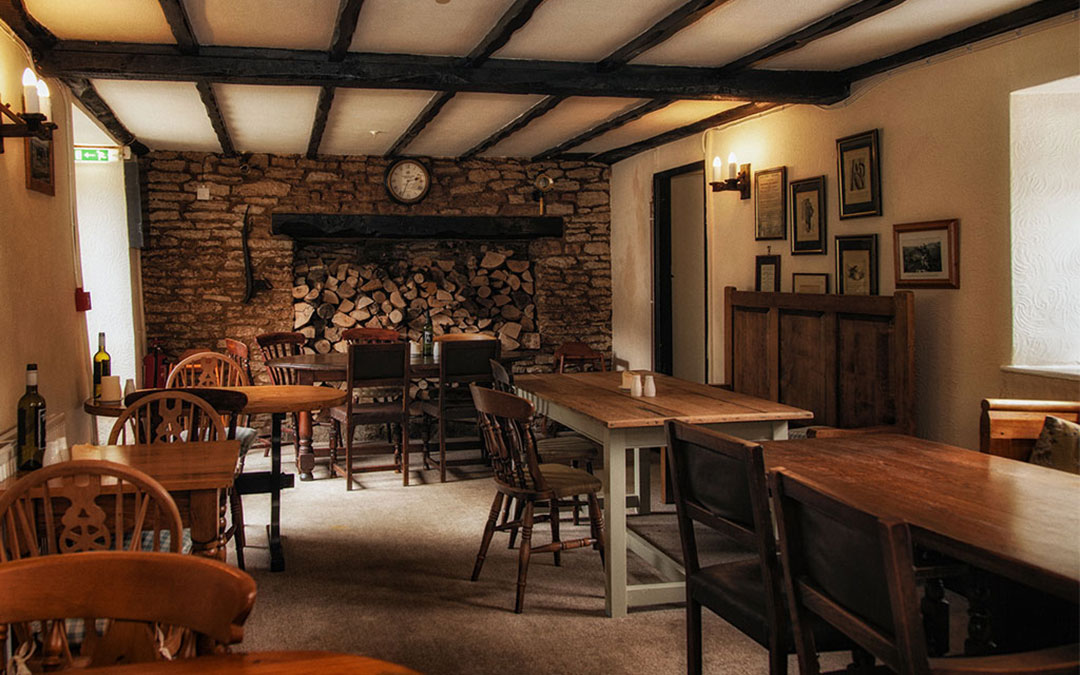 Aide-de-camp is all about helping people get jobs done, and every now and then I am asked to work on a project that is inherently creative and demands that you think out the box.

I have a background in fashion design, styling and window and interior dressing and my passion is anything creative, so when I am asked to work on a creative project, where I can utilize my creative skills, it’s like a dream come true.

The Salutation Inn is a charming 16th century Inn at the Heart of Castle Coombe, Gloucestershire. Bamford Property Services Ltd have been renovating the ‘Sally’ and been asked to cover the original walls in the restaurant area with Hessian to give the space a warm contemporary atmosphere. The original walls were covered in old anaglypta wallpaper and any attempt made to take the wallpaper off, damaged the plaster. Exposed beams that met the sidewalls, wall mounted fire safety equipment and lighting was another consideration. Exposed electrical cables were all over the walls which made the walls look messy and unattractive. Hiring an electrician to sink the cables into the walls would have been disruptive and expensive. I had worked with Bamford Property Services before on other projects, so they approached me again asking me to work with their carpenter and to come up with a solution to cover the walls with hessian. It had to be cost effective but look stylish and inviting.

We decided that the best way to cover up the anaglypta wall paper and unwanted cables was to build a type of false wall using a frame work, stretch the hessian over it and secure it onto the walls, covering up all the old wallpaper and cables. The walls were measured and the Carpenter built the frames. My first task was to find hessian, that colour complimented the flagstone flooring and the beautiful wooden floor, both which had been laid previously by Bamford Property Services Ltd.

Once the frame works had been built and the hessian had arrived, the fabric was cut and one by one I tightened and stapled the hessian onto the frames. It’s a very similar process to stretching canvas over a frame, however a lot of these frames were not square and with a few tricky areas, so I had to be careful not to let the hessian wrinkle or sag. The larger frames were the trickiest especially as I was stretching the hessian over the frames by myself. The rule of thumb is to take your
time, tightening and stapling opposing sides simultaneously. I used a hand staple gun however I would suggest you use a gas-powered staple gun as it prevents your fingers from becoming sore and makes the job a lot easier.

Our deadline was Friday and the guys were coming in to fix the frames onto the walls. The frames were looking good and I was looking forward to seeing them on the walls.

Then, Friday morning we woke up to this! Really beautiful, but nobody could get to the ‘Sally’! We finally fitted the hessian frames the following week and after a few tweaks here and there, the walls looked fabulous…